I am an official ambassador for Dole Fresh. Dole provided me with compensation for my time. As always, all opinions expressed in this Disney’s The Lion King Inspired Dole’s New Recipes post are mine.

Yes, we are a Dole inspired family! From the frozen fruits, to the easy open cans, and ending with fresh fruits & vegetables, this is how I keep my family healthy! And this year I am celebrating fatherhood with Dole as they roll out some new recipes inspired by Disney’s The Lion King:

Introduced on May 23, which was National Eat More Fruits and Vegetables Day, Dole’s latest chapter of its “Powering the Hero Within” initiative leverages the heroic saga of Simba and Disney’s The Lion King to help parents encourage no-worry nutrition in their families, including adopting a diet rich in fresh fruits and vegetables. The summer-long program debuted with 10 original Dad-friendly and other recipes.

As a parent I have spent countless hours trying to ensure that my son has an adequate amount of fresh fruits and vegetables in his diet, while inspiring him to continue that type of diet through his life!

Disney’s The Lion King is near and dear to my heart as I worked on the re-release of the Blu-ray two summers ago! It included a walking safari at Walt Disney World and meeting the original Pumbaa, Ernie Sabella, so just thinking about Mufasa, Simba and the gang (celeb photos at bottom of page) brings many happy memories to mind!

I am highlighting three of my favorite dad friendly recipes from the initiative that work well in my house:

This Dole Beet ‘N Berry Smoothie is perfect for my household because my teenager can now make his own smoothies, and this ensures he includes a lot of healthy options in the mix. Today’s blenders do not have an open blade, so I happily keep all necessary ingredients around for my independent teenage son to mix his own smoothie without me. We have to prepare our cubs to take care of themselves in the real world, and him learning how to feed himself nutritiously is how I start, even though I would prefer he never leave our lion’s den! This also gave me an opportunity to explain the super nutrition of beets, now he insists we have them on hand at all times.

Check out the Dole Beet ‘N Berry Smoothie recipe on the Dole website! It is so easy to make, and scores high with this dad’s because it is nutrient packed!

I am the first one awake on the weekends, and I look forward to preparing the above Frittata for my family. Years ago I was inspired by a Disney movie event to learn how to cook frittata’s, and as luck would have it, my son was interested in learning what I was doing. And I find that when your child helps you with cooking, they are more invested in trying new things, and more open to new recipes and flavors.

I love the delicious ingredients that go into this dish, and more importantly the healthy nature of the fruits and vegetables! I may be the King in this household, but if I do not move fast, my growing lion cub will take two helpings before I get my one! See detailed instructions for your very own Frittata for a King!

The Dole Berry Banana Fro-Whip is the perfect, healthy, satisfying, fulfilling dessert for everyone in your family. My son loves coconut milk, so he asks for this often! This dad is more than happy to fill his son up with healthy fruit items, so this is a win/win situation. Plus, anything with Dole and Whip in the title reminds us of our favorite theme parks, we have made many wonderful memories at the Disney Parks over the years (one is at the end of this post!).

I am thrilled to share all of the Dole recipes with you so that we can all prepare the next generation to be the King of their Jungle when we pass that role onto them!

My favorite highlight of this Disney’s The Lion King Dole campaign is that images of Simba, Nala, Rifiki, Zazu, Timon, Pumbaa and other The Lion King characters will appear on millions of DOLE® Bananas and Pineapples in U.S. and Canadian supermarkets starting June 2! Something like the Mickey Mouse you see in my picture up top on the celery hearts! I can’t wait to start collecting those, as we all get ready to see the all-new Disney’s The Lion King movie which premieres July 19, 2019! After all, in this house I am Mufasa and all I think about is taking care of my growing Simba:

Taking care of my family by providing them with nutritious meals and snacks (thanks Dole!) is why this King of Apartment 5H takes care of his Simba (my son Paul), with pride!

Dole’s “No-Worry Traditions Contest” (#NoWorryTraditions #Contest) invites fans of Dole, Disney and Disney’s The Lion King to share their favorite family tradition by posting on social media and using the appropriate hashtags, according to the official rules. Dole’s contest, with Disney’s The Lion King-inspired prizes, starts July 1st and continues through Aug. 4:

To enter, participants must share an original photo or video with a caption that depicts a family tradition on their own Instagram or Twitter page, or by commenting on their pinned contest post on Dole’s Facebook page, using the #NoWorryTraditions and “#contest” hashtags, between July 1 and August 4, 2019. Entries will be judged by a panel of Dole and other judges on the basis of uniqueness, sentimentality and originality. Five Weekly Prize winners will be selected throughout the duration of the campaign, and the Grand Prize will be awarded to the Weekly winner with the most points. There is no cost to enter.

Five weekly winners will receive Disney’s official The Lion King plush and merchandise, including an official Furreal Simba Interactive Plush Toy from Hasbro, plus a custom Dole hammock to relax away your tensions. The weekly winner judged to have the most creative, unique and sentimental family tradition will receive the Grand Prize of a five-day, five-night family vacation in Hawaii featuring round-trip airfare; deluxe accommodation at a luxury resort hotel on Oahu; the choice of a guided farm-to-table food, kayaking, jeep or horseback tour, or other excursion options, at the Kualoa Private Nature Reserve in Kaneoche; and a VIP experience at the Dole Plantation, one of the most-visited attractions in Hawaii.

For original recipes and other information about “Powering the Hero Within,” including the “No-Worry Tradition Contest” (#NoWorryTraditions #Contest) details and official rules, go to www.dole.com/Disney. Interested participants are urged to read the rules at www.dole.com/Disney to make sure they are eligible to enter. 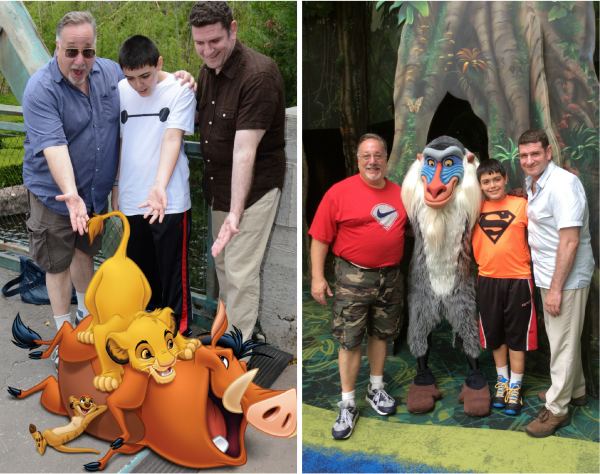 New York City as a Tourist New York City is my home, the place where we have raised our son from birth, and we do not often see the sites that you may want to see when you visit. I have never been to the Empire State Building! Well, I am scared to go to […]

Walt Disney Studios 202 Release Schedule! Get your calendars out! I have the full Walt Disney Studios Movie Schedule for 202! Let’s start with the quick version for your records: January 10 – Underwater February 21 – The Call of the Wild March 6 – Onward March 27 – Mulan April 3 – The New […]

This error message is only visible to WordPress admins


Error: API requests are being delayed for this account. New posts will not be retrieved.

Make sure this account has posts available on instagram.com.

Error: admin-ajax.php test was not successful. Some features may not be available.

Please visit this page to troubleshoot.